And those situations were controlled and looked after by the mind! They were kept hidden by the mind. Time to look at the MIND

We have grown up in a mind dominated world! and given our mind the power to 'run our life and our body' - or should that be 'ruin'? How did we do that?

I have never met anyone who has not agreed with this statement!

We moved our mind from being a tool to assist with the possibilities and evolution of mankind to be a ruler and de-generator of health and wellbeing in the physical body through the creation of practised mental and emotional reactions which have turned into habits.

How have we trained the Mind?

Working with people  has built an understanding of how the mind was given permission take over 'responsibility' for everything each person thought and did. As children we copied our parents, families etc and developed this even further. The work to clear the past and how we set that up helped me to realised that people were free of the past but not fully able to create as the copying has had more power than the individual. The individual's mind has shown to be the greatest blockage we have ever had to deal with and 'how that could be changed' has started to emerge. No pills, no persuasion, just taking back the power of the mind and using it to create new not repeat the old.

I realised that I could not embrace the idea of freedom or a purpose  until I dis-en-franchised my own mind. I had to unravel how the mind had taken over (for/from) and grown to become  so powerful. I wanted to take charge of my life, stop the old ways of the mind,  and have my mind - but as part of the whole team -  heart / mind / body / self. It did not take long! (and that amazes me!) The awareness of the body was already there. Not feeling! No! Awareness. AND it was always there! A great find!

Awareness is not feeling! Feeling is the old dictionary that the mind has used. Awareness comes from the wholeness and fullness of self. It has wisdom! And it is a living consciousness.

The mind would never get or take power over/from me again. And, Yes! I  still need to be aware of the old ways of mind. I choose not to give my mind control over anything. It has to be a part of all  - and that is enough.

The Mind Took Over

The mind took over decades ago (maybe even centuries ago!) and from that point our awareness was gradually diminished by a fast moving, fast analysing mind. We started to rely on the mind to provide the answers. And, it does, but based on limited perceptions, old beliefs, values, ethics, morals and principles - of which none are necessarily 'wrong', but which have had us in emotional and mental states which most people cannot manage and which eventually have people in states of physical, mental and emotional illnesses and disease.

The main problem was that the mind took over operating the body using a 'dictionary-of-past-experiences'. It stopped creating for purpose and stated taking power over the body, turning responses into reactions - all happening before the heart, body and self could be part of the whole process of self ease, self management and choice.

How could a tool for evolution become a such a  powerful tool for creating damage, disease/disaster and destruction?

We used mind to take power over the organs and systems and store (in the body) what we could not deal with in those past-present moments - we had to continue, no time to deal with the situation, just keep being positive and move forward.

I can remember as a child wondering why people needed to show themselves as positive (besides pleasing others!). The positive was used to help people re-balance from the negative to the centre again. Great idea .....but where did the past memories of pain, blame and shame go?

Most people put the 'past' into the future (and kept doing so)- as a sense of 'too hard + no time + don't know' became the strategy of survival.

People started living life from a problem solving approach base, (thank you Edward de Bono and others).  We chose mind set goals, expectations, while trying to hold on to a sense of success and positiveness. We  pushed forward with sets of pointers that would measure the degree of success! Really??!!

So much has happened through the generations and seeing the end of the old heavy emotional/mental based energies has been such an amazing gift for the new generations and the future. The energy we all have access to is Light! It has no energies in it that can be adulterated by the mind. We have a true chance to move forward. Clearing and unravelling the past has been such a success allowing us to clear the past. 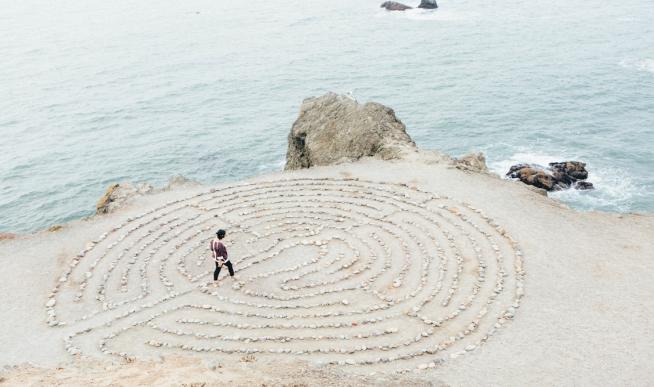 Since the beginning of this year what has been hidden in the future is opening in the present to show us (through our awareness) that it too can be released (and sooo quickly - no story required).  All is given to the Light, the weight lifted and all aspects of people, situations and outcomes raised to the Light. So easy!

What I am also seeing is where some people still have unfinished past business opening in the present. This can be very uncomfortable. It has shown as people are showing as distraught and desperate. This is because it is old memory - not present! The mind in its wisdom opens through the mental and brain to have us feeling as though what was past is 'so-called-real' in the present moment. This is not truth! It is the mind doing what it knows best! Presenting the past!

The mind only knows the past! It opens the past through the mental and brain having us in old patterns/habits of pain/blame/shame plus anything else it can put to the situation. Saying "NO" to the mind is the start of taking your life back to being harmonious in all situations.

Do not accept what the mind does. Questioning it does not change it either. It will still give you its answer based on the past. Dis-en-franchise the mind and take the situation to another level. Ask for help and change from the ways of re-creating the old to making new choices.

The work supports this at the moment and it is exciting seeing people take charge of their life again. Forget the word process - not required, not needed! Stop the body breakdown, stop the mental and emotional overwhelm and create your own life as a whole person in the present.

I always remember as a child walking into an 'old folks' home and saw people acting out all ages of themselves ....all working on bringing themselves into balance, but because they acted-out the past as in their older age - they were considered mental! NO! They were sorting the past before they could move on. Not easy and not understood.

How would life be if we stop - everyday - and visit what did not go our way that day - look at our attitudes and reactions and make changes  within ourselves, committing to live the changes.

A gift to you

The first stopping point is ATTITUDES.

Your mind will pick up/create any attitude and use it to start the downhill ride to remembered pain and practised habits.
Stop it! Tell your mind to "Shut up" Yeah! More power to you and less ability for your mind to re-create the old.

Yes, there are other steps. However, starting with attitudes will begin to show you how your mind works and how you can interrupt its old ways.

What is the purpose of the mind?

The purpose of the mind is to show us the possibilities. We can harness those and create. How much more exciting is that? Instead of recreating the old - the mind is and can be such a valuable part of creating every present moment.