Pepper Family - The first two reports from Ann and Jayne

Jayne and James had visited many helpful people over the years. She had changed the whole eating plan for the household, off gluten, sugar, using creams and other applications.......still nothing had really changed and if it changed, then not for long.

These indicators (with or without the eczema) can be seen in many young children, so follow closely from week to week to see what has happened. The ups and downs and the moving forward. There may be hints for you.

I had always stuck by the premise that to work with the children, I must first work with the parents. This is make sure that the parents know what I am doing and are aware of energy - especially with their own children. In the early sessions I work on the children through the parent(s) as this is an easy way for the parents to know, feel relief and then observe their children in the physical world.

Jayne agreed and we started looking at her time in her mother's womb to see if and when Jayne had started carrying her mother/father and in what way, what happened at birth and then throughout the life line to the present. This includes the ups and downs we take part in through our growing and sometimes adult stages.

Once I had Jayne's three trimesters in place I had a look at James and his time in his mother's womb and then the two girls and their three semesters within the womb. WOW! The older two children's patterns were almost identical to Jayne with her mother! This was very clear. Could we put it down to copying what we know? Possibly.

This led to great discussion and great understanding for Jayne as she could see the patterns in the behaviour for herself and the children. Lily was a little different. Her role was to support her mother and more so her siblings, keeping the balance where possible!

I cleared the mother of all influences from pre-birth through to the present taking into account other family situations that we would look at at another time. As soon as I started looking at James I saw that he was not in his own energy only! He had never been - since a specific time in the womb. He was living from the energy of parents early on and then others as he grew especially grandparents and then class mates - none of which matched fully his own vibration! His whole body became more and more irritated. 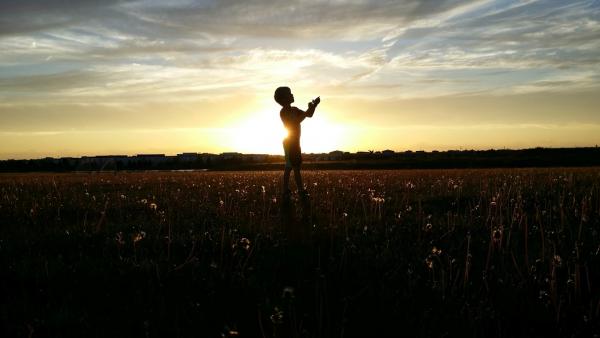 The energy of the mother's grandfathers (deceased) had come in to keep him going until he could 'find himself again'. As I worked with James, the Grandfathers and his mother  - all at the same time - I could feel James own energy fall into place. The energy of the Grandparents (for which we can be most grateful), is slower and heavier and carries the ways of the old. not fully comfortable but it holds well, as it is from the same lines and is compatible to a point.

Then the work really started - putting James and his own True Source energy together every day/ week for his whole life to the present time. I also changed the energy frameworks from the old linear style to the newer spherical shape. He had copied his parent's framework, his parents energy, his parents ways of communicating ....... and add to that the grandparents and their ways. None of this is 'wrong' - it just did not perfectly match or support Jame's own energy. He was/is Light. His Self was so laden with the weight plus emotional and mental copying that the physical body could not manage. James showed physical symptoms of body discomfort and stress. Some of his Jame's difficulties could now be explained and changes for the better a distinct possibility.

We kept going and I finished the work through absent healing to get him fully comfortable in his own Light Being energy and call all of that together his Self.

First night of no screaming since he was born! And he was a happy boy. Both Jayne and Peter had never seen him this happy (in himself) since his birth. They was amazed. The whole household changed.

This continued for three days! What happened to halt this flow?

James and his sisters had spent the day with their grandmother and when his parents picked him up he was agitated, upset, irritable....just like the old story. 'Things' looked like they had not changed at all!

I worked to clear James of all the energy of others and brought him back into comfortable sleeping. He did not regain the fuller happy self he showed on the morning after the first session. He was more subdued. The  next level of work was required. What would the next and deeper level of clearing show. In the meantime Jayne was happy to learn how to clear herself and the children.

Keeping ourselves in our own 'True energy' is the main and most basic need we all have.

We have been on a two year Diet plan (GAPS) to starve out the bad pathogens, including parasites, harmful bacteria etc. We avoid grains, starches, sugars and additives...and use organic vegetables and protein with supplementation of good fats, bone broth etc. We are one year through and there has been much improvement. It is a bit of a yo-yo/roller coaster ride of healing and then a few steps back into the rashes, behavioural issues, digestive upsets etc. His triggers are not always food related and that is what has been confusing......after talking with Ann I can see that the energy component was missing.

I am hoping that the two facets combined will bring more healing. Keeping a young family on a restrictive (though very healthy) diet, is exhausting and very difficult with all the children's birthday parties where I take James's food with us. I get self doubt and upset that the other mums might judge me and what I am doing. I withdraw.

On the bright side, I myself continue to feel lighter overall in dealing with these hurdles and although James is rashy at the moment, I have not seen a decline on his behaviour (as we normally would). He has not had a night terror episode (which had often accompanied a rash outbreak) since Ann started working with him. At our worst he would wake every evening at 11pm screaming uncontrollably and would be unreachable for 30 mins or so. He would shout 'owie owie owie' over and over as if in a trance. It was the saddest, most awful thing -  he would have no recollection in the morning.

A rash episode in the past was enough to send me spiralling into sadness/defeat mentality and I would obsess over his every symptom. I am happy to report that I do not do that any more so thank you.