The Evolution of human kind with Light - Part 1

Yes! We have evolved.  We continue to evolve. We have continued to grow through multiple changes as they are gifted to us whether we are consciously aware of these changes or not. We have never waited for the scientific world to label them or verify them. We know who we are! or not! The scientific world will eventually verify ....but that takes something called time. And as you know.... we can live in Light.

Most changes we have grown through can be verified by the frameworks and patterns that we wore and those that we live now. The frameworks and patterns that most human kind were born in/with pre and mid last century were mostly linear and compartmentalised. This structure / compartmentalisation supported us through the times of wars and depression. People could close down a compartment (unconsciously) and still operate in the conscious physical without the whole body going into 'shut down'. We had layers/levels to hold the physical, emotional and mental, and the 'spiritual' together in balance.

Where did Light Beings fit into this?

Light Beings who were born towards and after the second world war started to show through their many sensitivities to foods and energies. Light Beings began to teach their families and those around them what their specific needs were. They also began teaching the schools and medical systems that they need different attention. They were actually teaching us that the world would be changed forever due to the lightness that they were bringing in to change the world.

Light Beings were brought in to support human kind, to raise their own vibrations and the energy of all people around them. Light Beings came to lift the pain, the body memory of pain, help raise and lift out the trauma memory held in the body of those who had suffered and who were/are still suffering.

And, they/we did this without knowing!  It was this ability that made us different....or weird (as a lot of us were called)!

Our main problem was that instead of continuing to lift and raise the heaviness of the emotional and mental energies OLD...a lot of us got caught up in it and joined the Struggle Consciousness until we fell over, had to get up and do it all again.....differently!

The start of Light Beings being born meant that more and more Light was being brought to earth plane to balance the darkness of wars and aggression,  plus all the mental and emotional energies and the affects of those still being lived and practised. Light Beings have continued to be born into families ....the purpose is still about raising the consciousness and energy frequencies on earth, allowing for more ease and grace and a help to get out and stay out of the struggle. We need to move past the mentality that has held us there for eons.

The main drive from 1950 to 2000 was to clear the family lines OLD that were loaded with brokenness and pain of the previous generations. What the Grandmothers and Grandfathers could not complete in their life time was continued to be passed down the lines. This had us opening to illnesses and diseases that were not meant for us to have in the physical body! Our job was to find the 'habit', the attitudes OLD, the pain OLD and release all of that to the LIGHT.

Where these 'lessons' had not been completed or learned many of us  'took them on' and 'fell over'. Thankfully, and because of our origin in Light we have been able to recover and live our life from a different focus. We were not meant to get sick or to fall over. We too had become so outer world and head focused that there was nothing left to fill us. We did not live with our full energy of Light and a practised a perception of Love that was based on need and not because of who we were! 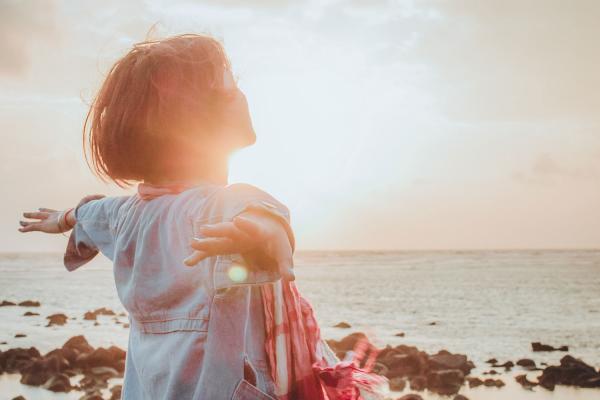 It was the year 2000 when my frameworks (patterns) collapsed. Within a short time my whole energy changed and the holding of that became what I called a sphere of Light! I know! Amazing!

I spent the following 17 years researching the energy of people and what that meant to their well-being and health. I would have the same physical condition shown to me over a period of weeks and the manner for clearing / removing that condition from the person. It was so detailed and eventually took me to the origin and often the creation of those illnesses and conditions. These always showed in different forms and names back through time and definitely showed again and again in the family lines until all associated was removed.

Then the work shifted to work with the mind-created energies of mental and emotional and how they became the underlying and underpinning energies for 90% of the conditions ever shown. However, and even though we were taking huge steps forward I still had not found the full answer to clearing / removing the body memories still being practised on a daily basis. If these couldn't be changed then we would recreate the OLD again and again. Until now.......

Did you know that a practised habit is taken on by the body and that on awaking each day the body would/will do what it has been taught! Whew! How we set ourselves up! This is particular to pain, blame and shame. Those negative energies (which did not originate with us) stay with us until we no longer need or use these energies.

I began to realise that most of my work was/is with Light Beings. All Light Beings are amazing! Yes..... a bit OCD, Yes, perfectionists, and Yes! to a few other things. No person has ever rejected being a Light Being. Most of my work has been about clearing what was not meant for them to hold and live. Yes - sensitive and yes, often musical, intelligent, athletic, but how these aspects are not often allowed to shine, in fear of non acceptance and being treated as different.

Most Light Beings have been used to living a 'limited' life style. This is not okay any longer. We each need to be our full self and to live that with acceptance and joy.

It wasn't until last year (2019) that I could see the idea of life lessons and living with pain/blame/shame that has had people caught in the old habits. And, often continuing those without any recognition or knowing that this is all OLD. This recognised way of life OLD does not need to continue. We worked so hard at life lessons thinking that was the norm!

It is not the NORM now!

It is all OLD!